Every Indian financial institute which comes under the purview of the Reserve Bank of India (RBI) is mandated to carry out a Customer Due Diligence procedure before onboarding an entity. The RBI has also issued clear guidelines in the form of Know Your Customer (KYC) norms.

In the initial days, KYC was a cumbersome process as it required a physical interaction between a potential customer and institutions. This proved to be expensive too. A recent estimate by mobile wallet Paytm shows that its Customer Onboarding costs were between INR 220 to INR 270.

Besides being costly, the KYC process is susceptible to frauds too. Many cases have come to light where an individual used someone else’s Aadhar or PAN Card for opening bank accounts or purchasing a mobile SIM card.

Many of us have experienced the fruits of Digital KYC by entering into a bank and being able to open an account and walk out, all under 30 minutes. Almost, everyone can buy an activated SIM card today without waiting for physical verification of ID proofs.

Yes, digital KYC is also time-consuming as a person was still needed to administer the process of eKYC. Let us take the example of the telecom store again, digital KYC happens using the biometric system of the UIDAI Aadhar.

So, though the KYC process was almost instantaneous, it was only made possible by the customer visiting the telecom store. It meant that it was still a cost-ineffective process.

It is time to give a strong fillip to Digital KYC through innovations that increase verification accuracy, reduce costs, and bring about near-zero human intervention. Another catalyst for change is the Supreme Court’s mandate to institutions that UIDAI is no longer compulsory. Here’s a look at five ways how this can be achieved

Video-based KYC or V-CIP (Video Customer Identification) is the next step in digital KYC. It removes the need for a physical interaction by making the KYC procedure possible on a video call. Video KYC software available in the market already incorporates all the essentials listed down by the RBI for RBI VCIP. They capture time-stamped videos, take still shots of the person, and verify it against established databases and finally scan documents shown by the individual during the video call. Lastly, eKYC had brought down the cost of KYC to approximately INR 20. Video KYC is expected to bring it further down.

The advantage of Digital KYC is that the verified results of a KYC process reside in the systems of institutions. The key here is to program the software to raise a flag if another KYC process is being undertaken for the same person. Examples of this are where an individual is opening a mutual fund account or purchasing an insurance policy from a KYC-compliant bank account. Here, the KYC for the Mutual Fund or Insurance Policy would be almost instantaneous due to the existing KYC for the bank account.

3. Enable the use of digital documents

Another step that can create a large ripple in the Digital KYC space is the use of digital documents. It means using Officially Valid Documents (OVD) which are digitally signed by the issuer as original documents. This will reduce the dependence on physical copies of documents. An individual can share digital copies of PAN, Aadhaar, or Driving Licence for KYC directly on the institution’s portals or other digital mediums. The Digital KYC process will then only verify details, rather than the authenticity of the document, thus cutting down on time.

Only 23% of banks state that they have an Omnichannel account opening processes in place. Another 40% of banks state that they do not have KYC compliance solutions embedded within their digital applications. This means a huge percentage of financial institutions are unable to allow their customers to digitally apply for products other than the ones originally signed up for. This would warrant yet another round of KYC. Omnichannel Customer Onboarding would open up the world of financial products and services to the existing customers without conducting KYC at the time of every new purchase. This will ultimately make the customer acquisition cost economical for the institutions.

APIs or Application Programming Interface allows the networking of accounts and data across institutions. This resulting networked data can be used by consumers, financial institutions, and third-party service providers. In other words, APIs allow the databases of related companies to talk to one another in a fast, secure, and efficient manner, thus allowing for ease of transactions for the clients of banks.

API based KYC can interface securely with many databases simultaneously like National identity, Utilities, other banks and financial institutions, generating clearer and context-rich results. For instance, while offering a loan or any similar debt instrument, API based KYC can generate an applicant’s creditworthiness report based not only on submitted documents but also through other information collated from the available financial landscape.

Probably, API based KYC’s biggest advantage can be experienced when a customer wants to switch banks or other institutions. In this scenario, a new KYC process will be redundant as the KYC data would already exist from her previous relationship. In another scenario, banks will be able to provide a richer experience to clients by making intelligent product suggestions based on information gathered from other financial relationships.

Digital processes revolutionized the physical KYC process for institutions. Now it’s time for the evolution of the Digital KYC process itself. A big step has already been taken by the RBI VCIP. This technology can simplify digital KYC by removing the need for physical interactions, reducing processing time, and presenting a fuller picture of users. The time has come to simplify the KYC process further and work towards making it effortless and more effective.

More from the Blog

How Video KYC will help Banks and Financial institutions

What’s the first step that a customer has to take when he wants to avail any service from a Bank or a Financial institution? It is the Know Your Customer (KYC) process. KYC is a process where a financial institution verifies the identity and personal details of a potential customer. The RBI has made it mandatory for all companies to undertake KYC before offering any services to customers. While it has had a positive effect of reigning in unscrupulous activities like money laundering and fraud, it has its drawbacks too. 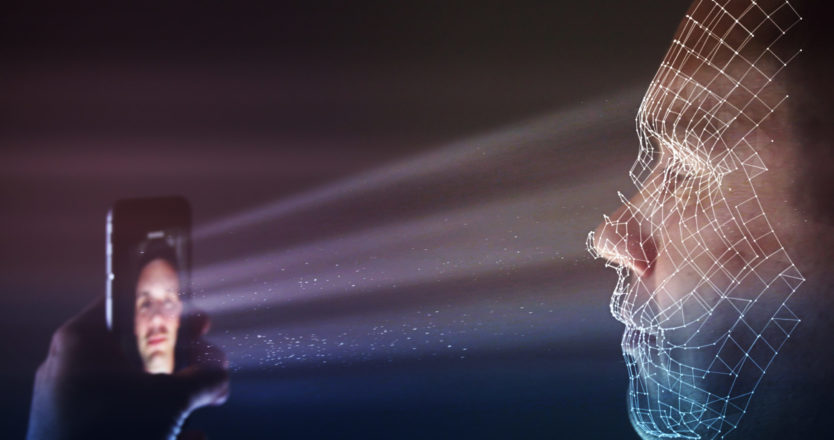 With social distancing as the key preventive measure in the going global pandemic, expecting customers to come to the branches of RE’s, i.e. Banks, NBFCs, etc. seems out of the question. The biggest casualty of this situation would be the Know Your Customer (KYC) process which needs verification of documents and other aspects of a customers’ identity.

Reintroduction of eSign based eMandates: What does it mean?

The NPCI (National Payment Corporation of India) has reintroduced eSign based electronic NACH (National Automated Clearing House) mandates. This latest update shared via a circular dated May 26, 2020, is bound to cheer Banks, Lenders and other institutions.